Elder Scrolls 6 to be Unveiled During E3 2016 Event

In concordance with Ecumenical News, the “Elder Scrolls 6” might be announced sometime soon. However, we know Bethesda as being one of those developer companies that will keep things secret right until they unveil a game. They did the same with the Fallout 4 game and we’re pretty sure that they were quite surprised to see it released last year, as Bethesda didn’t reveal anything until the actual official announcement.

According to some rumors, the “Elder Scrolls 6” will most likely be announced by Bethesda during the E3 2016 event that will be held in Los Angeles during July 14-16, 2016. We remind you that in February 2016, Bethesda has officially announced that it will attend the annual event for video game developers and that it will host a press conference in June 2016.


The Elder Scrolls 6 or Skyrim 2 Release Date: Argonia or Redguard?

.. you don't even have the technology. How long is that going to take? ... many years from now.

The Elder Scrolls 6's teaser may hide important clues to its setting.

A Map of Tamriel, as seen in The Elder Scrolls Oblivion's update to the Official Codex 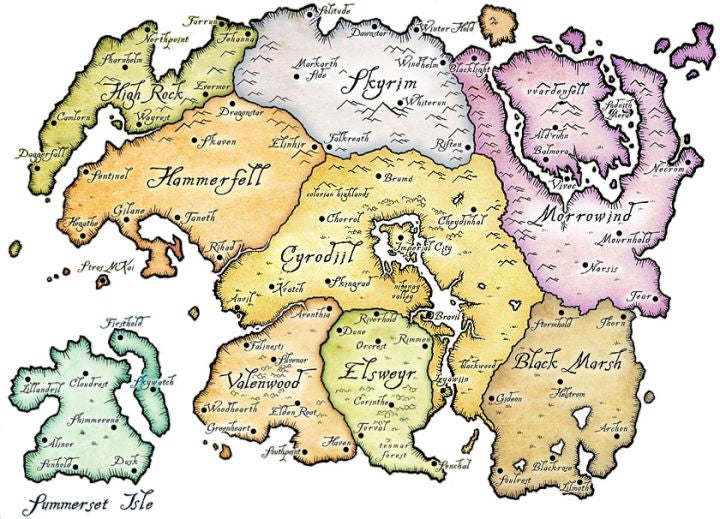 Can you spot the city far off in the distance along the coast? 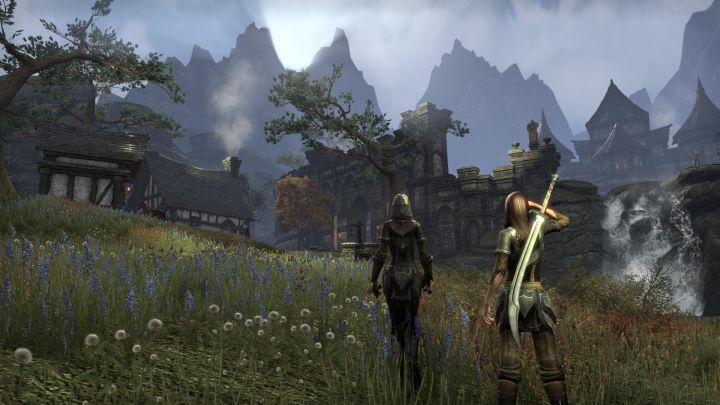 "Even now, the amount of people who play Skyrim seven years later; millions of people every month are playing that game," Howard replied. "That's why we keep releasing it. If you want us to stop releasing it, stop buying it."

Bethesda may have just trademarked the name for Elder Scrolls 6. On Sep. 10, ZeniMax Media inc, parent company behind all Bethesda releases, filed a new trademark for "Redfall." The filing is for a "computer game software for use with computers and video game consoles" and that's pretty much all we know. If it is Hammerfell, it might not just be Hammerfell. We might also get the Orsmer home of High Rock, which combined would both give us a healthy increase in the size of the map as well as some more dramatic landscape variance than what we saw in Skyrim.

Hammerfell and High Rock seem to be Reddit's best guesses, but there's a wildcard in there as well. This speculation really only works if the game is in Tamriel, which is the continent we've been working with for the entirety of the series so far.

The Elder Scrolls 6's teaser may hide important clues to its setting.

A Map of Tamriel, as seen in The Elder Scrolls Oblivion's update to the Official Codex

Everything we know about The Elder Scrolls 6

Everything we know about The Elder Scrolls 6

"There's still two major, multiplatform releases that the team has to work on first, and so TES6 isn't happening until those games happen,"


What lies ahead? Analysts make 2019 predictions

Xbox One X cut to $349 by year-end: F, the price is pretty consistently $399, and though spotty at $349 during Black Friday, it didn't hit my target and likely won't
No new hardware from any of the big three: A+, unless you count Pokéballs
Dramatic cut on PSVR: B, I didn't define the word "dramatic", and the cuts have largely been $100
A new Elder Scrolls game: D-, teased at E3 but not yet announced
Battle Royale in Call of Duty: A+, nailed it
Switch sales under 20 million: A+, tracking to 13 million this year
A mobile Warcraft game: F, although Diablo Immortal was announced
Continued mobile flops from Nintendo: A+, enough said
No BIG game announcements from Rockstar: A+, unless you count giving up the trademark on Agent as an announcement

We will get major game announcements from Take-Two. I think we'll hear about a new BioShock game and a new title from Rockstar, both for 2020. It would be cheating to say that the company will announce Borderlands, since it will probably happen before this article is published.

Ubisoft's lineup will include four AAA titles. I expect these to include Skull & Bones (already announced), Splinter Cell, Watch Dogs and Rainbow 6.

Activision will make Overwatch and Blackout free-to-play. I think that the 18 Overwatch League owners have been assured by Blizzard that it will expand the audience for Overwatch. The most expedient way to do this is to make the core game free-to-play in order to attract tens of millions of new users, who ostensibly will convert to OWL viewers. I expect this by mid-June (the third anniversary of the launch of the original game. Disgruntled players who bought the core game will likely be compensated by being given free stuff (skins or other cosmetic items). Blackout will go FTP at least a month prior to the launch of next year's Call of Duty, in order to promote the new game.

Respawn will launch two titles next year: Titanfall 3 and the new Star Wars game. I expect Titanfall to launch by September.

Nintendo will launch a fully handheld version of the Switch at $199. I expect the device to have the same screen, but with Joy Cons built into the body and no docking station. Since it can't "switch" from handheld to console, it's hard to guess what they will call it, but let's assume Game Boy (kidding).

Elder Scrolls VI is coming in 2019. The flop of Fallout 76 makes a hit more essential for Bethesda, and I expect them to accelerate development of ESVI. (This was my prediction from 2016 and 2017...)

We will see progress on "streaming" services in 2019, with an iTunes like model (pay for a single game at a time) launched first. This could come from Amazon, Apple, Google or Microsoft (not from EA), as each is tinkering with streaming. Ultimately, we may not need to stream anything, since storage and processing power is becoming more ubiquitous, and may be included in a greater number of home devices sold by these companies (Echo, Home, project "Scarlett"), but I think we'll see a major announcement from at least one of them during 2019.
«
1
2 »