Sony has confirmed to finder that we can expect more snow-filled action from Kratos in the future.

God of War Sequel Will Be 'Bigger, Better'

"We still want to be God of War," he explained, noting that he doesn't want to lose the incredible feeling the original game delivered. "What I want to say is, the first battle in this game when you're fighting The Stranger is really an epic fight. It ends with you two destroying the entire environment around you. It was really hard to create, I myself was working on the lighting for this level, and it was super hard to get it to work.

"So if we have a meeting with Thor or Odin, naturally, it must be bigger than this, better than this. This game was very good, but we think we can make it even better. And of course, it must be a little bit bigger. If we do another game -- no one actually said that we are doing it -- it will be bigger, better, longer."

05. Giants, Their Massacre and and the Cloud of Confusion

In a recent interview with PlayStation Access, Cory Barlog commented on what he would like to see in a sequel to one of the best games of 2018. He believes that the next chapter in Kratos' story should delve into his relationship with his wife, Faye. More specifically, he is interested in how they met and how their relationship evolved. He also believes that the fact that we know how Kratos' relationship ended would give even more weight to the possibility of exploring how the relationship started.

"The story of Faye and Kratos meeting -- there's less weight when you don't know anything that's coming ahead, right? Meeting her needs to actually feels like something.. that you already know the story that we told here, so that there's a greater weight behind who she is. She's got a mythology built up." 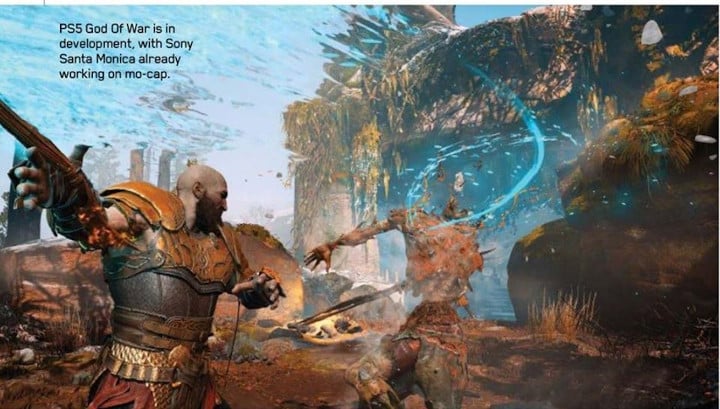 An interview with PlayStation CEO Jim Ryan suggests that God of War: Ragnarok may not be a PS5 exclusive game, but there are a few possibilities.

God of War Ragnarok Will Release 'When It's Done' on PS5