Kirin's distillery by Mt. Fuji is best known for their stellar grain whiskies, the quality of which is proved once again in the amazing 25-Year-Old small batch.

After the Taketsuru 17 Year-Old was named the World's Best Blended Malt at last year's WWA 2018 awards, this year the 25-Year-Old steps up to take the prize.

For the 2nd year in a row, Japan's small but ever popular Chichibu distillery has won the award for the World's Best Blended Limited Release again for its Ichiro's Malt & Grain Limited Edition. The distillery's blend of malt and grain whisky is stellar. Just recently the Ichiro's Malt & Grain Maduro was released for the Grand Hyatt hotel in Tokyo with only 300 bottles, only available at the hotel's Maduro lounge.

Suntory's Hibiki 21 Year-Old has once again taken back its position as the World's Best Blended Whisky, making this the 6th time it has taken home this particular award. The Hibiki 21-Year-Old is by far the most awarded blended whisky in the world. 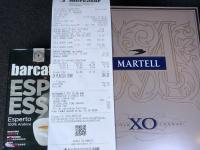