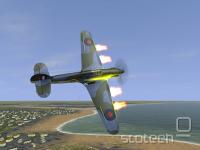 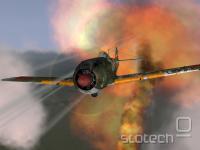 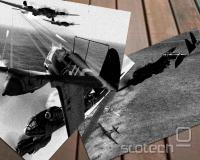 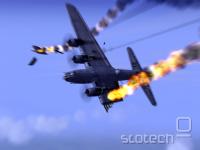 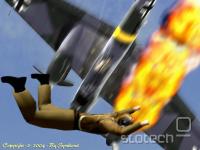 Installation Notes
We recommend to save all custom built missions and campaigns before installing the Ace Expansion Pack. This is necessary because user-created folders, subfolders or missions may have names duplicating those used in the expansion pack. If you do not back up your missions they may be overwritten by our installation. After the installation you may check your saved missions, rename them if needed and copy them back into the game folder.
Attention: If you choose the uninstall option, this procedure will uninstall both IL-2 Forgotten Battles and the Ace Expansion Pack completely leaving only your custom missions, skins or campaigns.

We've added the following new user options to the conf.ini file that control the water quality

1C:Maddox Games recommends the following video card drivers to be used with Ace Expansion Pack with the best graphics options. The game may not function properly with other driver versions due to issues outside our control.


Designations for Spitfires in the game menus:

The SPB consists of the TB-3 mothership and a pair of attached I-16s. There are special versions of these, TB-3 4M-34R SPB and I-16type24 SPB.
When building a mission, you can attach the I-16 to the mothership the same way you attach gliders to planes - set up a flight of I-16s with one waypoint, and set the waypoint's target to the TB-3 (go to the Waypoint tab of the Object window with your I-16 selected, hit the Set button and click on the TB-3). The I-16 will be attached to the TB-3 in the beginning of the mission. You cannot build missions where I-16s start detached from the TB-3 and attach afterwards.
AI flying these I-16s will automatically detach when the TB-3 approaches a GATTACK waypoint. The I-16s then will attack the site and return to escort the TB-3 back. You may use the "Aircraft Attach/Detach" button when flying these planes to detach from the TB-3, or drop the I-16s if you're flying the TB-3.
In dogfight mode, you may attach your I-16 to the TB-3 mothership while on the airfield. To do so, taxi the plane to the attachment port under the TB-3's wing, and press the "Aircraft Attach/Detach" button. Your plane will be attached to the mothership and your landing gear will be raised automatically.
Note that while attached to a TB-3, I-16s drain the mothership's fuel reserve, and if their engines are left at low RPM their fuel tanks will slowly refill to 100%.

According to historical sources there were many different versions of the SPB link-up. We only model one of them which was used in 1942 and later.

The V-1 rocket is a completely new object type with a new set of parameters. To use it, open Full Mission Builder, load a map, and in the object browser find a Rocket object set. From here you have a choice of a V-1 Ground and a V-1 Air object. These basically function the same, except the Ground object starts on a rail while the Air object starts in mid-air.

You can place an Air V-1 anywhere, while a ground V-1 should be placed on flat ground. Both should be places with no mountains, hills or buildings immediately in front of its path. Pressing Insert or ctrl-clicking the ground places the rocket under the mouse cursor. This is its starting waypoint, one of only two possible. The final waypoint is not created in the same way as plane or vehicle waypoints. Instead you must go to the Rocket tab of the Object window with the V-1 selected, press the Set button, and drag and click the target waypoint on the target area. You can drag and drop it later to fine-tune the aiming.

The rocket always flies to target at around 2625 ±200 meters of altitude; thus for Ground V-1s your target should be far enough for it to climb to that altitude. Usually it's not a good idea to place a V-1 target close to its launch point since it's very likely to miss in this case.

There are more important parameters you must set in the Rocket tab of the object window, namely the Timeout, Count and Period.
The Timeout parameter sets the initial time between the start of the mission and the launch of the first V-1. The first box is hours, the second is minutes. It's best to set this value to at least two minutes (0:2) to allow the first V-1 to launch correctly. Setting it to a lower value may cause the first rocket not to launch at all.
The Count parameter sets the total number of V-1s launched from the current point towards the current target. If you want several V-1s to launch from the same point but towards different targets, you must create multiple launch points with different targets, and set their Timeouts to different values.
Finally, the Period parameter sets the time interval between the launches of each subsequent rocket from this point.

The last important point is that the V-1 is not an airplane but rather a special other type of object; therefore it will not have a plane-like camera attached to it. In order to watch the V-1s take-off and fly you must place ground cameras around its launch point or across its mission path.

But of course the best way to look at V-1s is from an airplane. Our V-1s are "tippable". They pack a lot of explosives so it's not always a good idea to shoot at one; it may take it with you when it explodes. A better historical way to destroy it is to fly alongside it matching your airspeeds, close formation and then gently touch its wingtip with yours. Since the V-1 has no ability to stabilize itself horizontally it will go into a diving turn and hit the ground below instead of exploding in your face. Good luck!

We have conflicting reports and pilot accounts regarding the weapons on the FW-190 part of the Mistel. It appears that there were versions with a regular armed FW-190 which could detach and fight, and versions where all armament on the FW-190 was removed. We are only modeling the armed FW-190 version.

The Mistel aircraft in FB is a very peculiar bird which presented our team with some unique challenges. The modified Ju-88 strapped to the flyable FW-190 is really a one of a kind object in the game. On one hand it's a droppable weapon. On another hand it's a player's aircraft since your input goes to its control surfaces. Finally it's an AI plane that has a simple "stay on course" AI routine. And the most unique thing is that it has to exist in all three states within one mission. The IL-2:FB engine was never designed to accommodate such very special objects, therefore we had to make some concessions to make this work.

First of all, our AI routine would need a complete overwrite to allow for complete realistic Mistel operations. Unfortunately we could not afford to spend another year building and testing the Mistel, so our AI Mistels cannot take-off, land or attack targets. The most an AI Mistel can do is follow a set of waypoints in the air, basically serving as a large target for other flights.

Another important limitation is that Mistels cannot be flown in online dogfight games; however they can be flown in co-op missions.

Player-controlled Mistels however do work like other FB planes. You can start on the ground and take-off in them, land with or without the attached Ju-88 bomb, and detach the Ju-88 bomb in the air and launch it at targets. You must launch the Mistel at least from 1 km away from the target; historically they were launched from even farther away. Just lower your engine power to about 33% of throttle, hold your target in the crosshairs for a few seconds and press the Attach/Detach Aircraft button to separate from the Ju-88. It will follow on your current course, while you should try to get away from the target area. The Mistel's blast is pretty big, and it will damage or destroy objects on the ground and in the air in a very large radius.

Creating a mission with a Mistel is easy: just create two waypoints for the Ju-88 (Mistel), then place waypoints for the FW-190A-8 (Mistel). With the FW-190 selected, go to the Waypoint tab of the Object window, click the Set button and click on the Mistel. This will link the two in the beginning of the mission.
NOTE: You can set the first waypoint of the pair to be Take-Off, but AI flown Mistels will not be able to take-off.

This plane has two systems of engine boost: GM-1 for high altitudes and MW-50 for low altitudes.

GM-1 should be used at altitudes above 9,000 m
1. If you reach that altitude with the MW-50 Off, you can turn on the GM-1 by hitting W button (default).
2. If you reach that altitude with the MW-50 enabled, then you need to switch it off by hitting W and then press W again to engage the GM-1.
Bellow 9,000 m the W key operated only the MW-50 as normal.
3. If the GM-1 was engaged at a high altitude and was not disengaged below 9,000 meters, then the engine will not be damaged as on DB-605s; however no extra power will be gained from the device. This is historically correct.

Both the He-162 and Go-229 are equipped with ejection seats. However these are not modern 0-0 ejection seats, and you have a very low chance of survival punching out below 500 meters of altitude or stationary on the ground. Also, try not to eject when flying inverted at tree-top level.

Go-229 is modeled without the historically optional drag chute; you must brake with only wheel brakes as on other planes.
We have also modeled small air brakes on this aircraft used for low speed stability and for spin recovery.

Changed the Advantage-Disadvantage procedure in code. Now your advantage or disadvantage means 700 m separation in altitude to the enemy aircraft.
We also added a new map into the QMB - online "Pacific" map.
Note: On the new "Pacific" map in QMB, if you set altitude of flight bellow 1000 m for AI aircraft, some of them may crash in mountains on the way to home base.

Half of what I read in posts here indicates that either you can't install the AEP over the latest update/patch of Il*2:FB OR they are replies to those posts, stating that there is no problem.

The other half says:

"I'm having trouble installing." Even Oleg has commented on this.

Confirm or Deny these issues as soon as possible! With the recent oversights in pre-ordering the AEP (resulting in folks that pre-ordered paying more for the product because of shipping, only to receive it AFTER it hits local stores), I would feel it is IMPERATIVE to address issues with the product itself as soon as possible in a clear and concise manner.

Wading through these posts here is NOT the way to communicate with your customers.

If there are issues with either installing AEP over the latest pre-AEP version of FB, let us know what to do!

If there are issues with installing in general, please, make it clear how to avoid this! 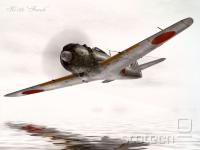 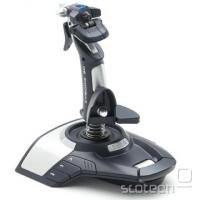