International arrest warrants have been issued for the four suspects and a court case will begin in the Netherlands on 9 March 2020. The Dutch-led joint investigation team (JIT) named the men as Igor Girkin, Sergei Dubinsky and Oleg Pulatov from Russia, as well as Ukrainian Leonid Kharchenko.

This means that the military chain of command for criminal liability for the downing now goes all the way up to the Kremlin…and under Dutch law JIT will need to prosecute as far as the chain of command goes.

Call intercepts include a call to the Russia's southern district military chief Serdyukov, who tells a militant commander he is instructed to only allocate weapons that are approved by "General Vladimir Ivanovich from FSB". 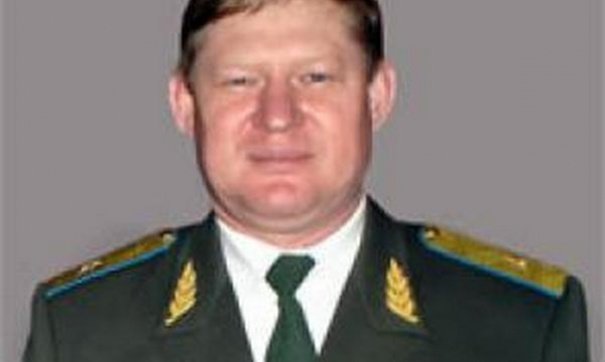 The identity of Gen. "Vladimir Ivanovich" from FSB is the key new suspect that JIT needs help identifying.

In one call, Alexander Boroday, then prime minister of "DNR", says he has only exclusive line of command and responsibility: to the Russian Federation.
In another, he says he fulfils the orders of "Kontora", Russia's colloquialism for FSB. 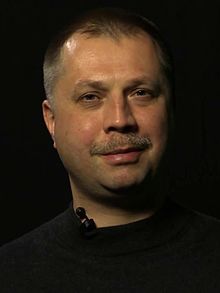 In another call from July 1 2014, a local militant commander asks a supervisor what the new rules of engagement are.
He is told: Shoigu (Russia's Defense Minister) mandated that local militant chiefs are kicked out and replaced by people sent from Moscow. 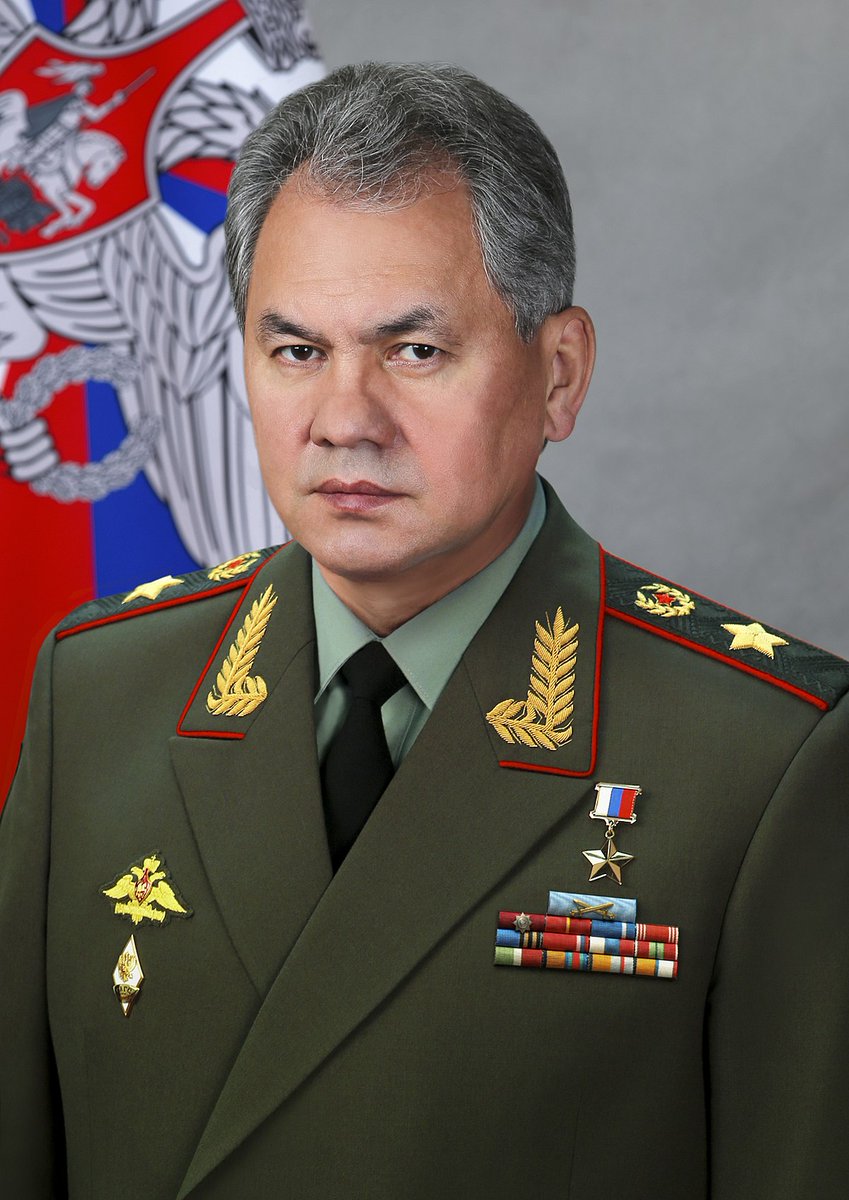 In a long, encrypted phone call (apparently not too well encrypted), Putin aide Surkov coaches Boroday, and takes requests from him.
They both laugh after Boroday explains Donetsk is a "humanitarian disaster" that will need to survive on Russian aid. 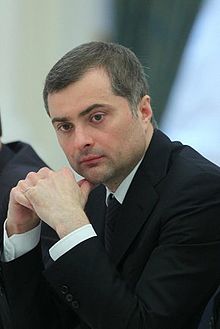 Another interesting call is between Malofeev and Boroday, also on an encrypted line.
In it Malofeev, who part-sponsors "the republic", orders Boroday to make Girkin give a TV interview declaring utter loyalty to supreme commander Putin, and to extol his virtues. 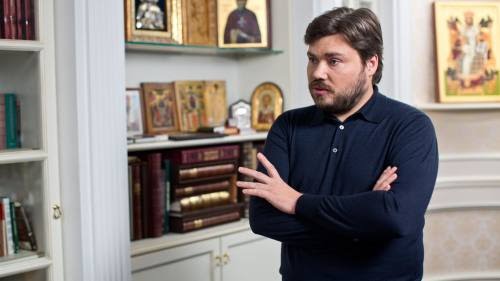 The Dutch-led team said the intercepts showed two leaders of the self-proclaimed Donetsk People’s Republic (DPR), who were charged with murder in June, had been in contact with Vladislav Surkov, a senior Putin aide, and Sergey Aksyonov, a Russian-appointed leader in Russian-annexed Crimea.

The Russian government, which has denied involvement in the plane’s destruction, said on Thursday it could not verify the authenticity of the intercepts.

Russian foreign ministry spokeswoman Maria Zakharova told a news briefing in Moscow that the intercepts followed a wave of “fake news” on the subject and should be regarded with scepticism.

The Kremlin and Mr Surkov did not respond to requests for comment.

The investigation team published the telephone call intercepts on its website and appealed for witnesses to come forward.

In a conversation on July 3rd, 2014, prosecutors said Mr Surkov indicated reinforcements would be coming from Russia: “On Saturday they are already departing for the south to be combat ready.”

There were calls between rebel forces and authorities in Moscow “on a daily basis to discuss administrative, financial and military matters in the DPR”. The Jit released a series of phone numbers, asking witnesses to help identify the callers.

In reply to questions on the encryption of the "safe phones" provided by FSB, and how come they were not really safe.
These phones included in-band scrambling of the voice audio. In fact they used regular GSM communication but the voice was pre-scrambled using a secret algorithm.

Any scrambling algorithm can be ultimately de-scrambled, given enough time and computing power (same as brute-forcing a password).
So it apparently took a couple of years for JIT to do that. Here's an example of a call in which scrambling is turned on halfway through.

Note that early on 16 July, Boroday requests Moscow to provide helicopter fire in the area of Marynivka. Later that day a crucial battle at the border town ensues, with Russia providing cross-border artillery fire and aerial support.
Battle in Shakhtarsk Raion @ Wikipedia

In this sophisticated piece, @MarkGaleotti attempts to analyze the context and motivation behind the latest JIT statement.
MH17 Recordings Are About Crowdsourcing Whistleblowers
While I agree with the statement of facts, I disagree with some conclusions.

First, the frustration of some Moscow officials with being unable to control certain local warlords does not represent a watershed between Moscow and local "separatists".
It represents simply a front between two (and sometimes more) Moscow power factions in charge of warlords.

As shown in a recent @bellingcat report, Bezler was a GRU asset.
FSB had their grasp over most of DNR's political\military but Bezler refused to succumb to their control, encouraged by his GRU handlers who at one point even sent a Spetznaz team to defend his positions.

So in fact the chaos and infighting was not caused by some local separatist agency but by Moscow powers fighting for control via proxies, and somerimes directly.
None of this diminishes Russia's legal liability for what happened in Eastern Ukraine, in particular to MH17.

And this brings us to the importance of the JIT release.
What it says is: enough playing around and waiting for Moscow to come to the table and negotiate a mea culpa deal.
We are willing to go to the top, and we have the means to (e.g. we unscrambled your secure comms)

JIT basically said "the fact that Russia has multiple silovik power centers is your problem, not ours. Being a rogue state is no immunity to legal liability". And that took balls to state.
The ideal subject of totalitarian rule is not the convinced Nazi or
the convinced Communist, but people for whom the distinction between fact and
fiction and the distinction between true and false no longer exist.

An inspiring attempt to doggedly apply actual Russian law to demand accountability from the Kremlin.
Seleznev wrote to RU president requesting clarification on why RU insisted on release of foreign terrorist and MH17 witness Tsemakh.

He got an official response that "RU constitutional protects Putin from being forced to express opinions".
However, Seleznev never asked the person Putin for an opinion, but the President, where no such protection exists. He is taking this to court. Worth watching.
The ideal subject of totalitarian rule is not the convinced Nazi or
the convinced Communist, but people for whom the distinction between fact and
fiction and the distinction between true and false no longer exist.

How Bellingcat tracked a Russian missile system in Ukraine