Sucker Punch — the studio behind the superhero series Infamous — is back with a brand-new game called Ghost of Tsushima. Described as an “open-world adventure,” the new title was teased with a brief trailer that showed off some incredibly stylized action set in what looks like feudal era Japan. Datuma še ni.
SloTech - če nisi z nami, si persona non grata.

New details of Ghost of Tsushima

New details of Ghost of Tsushima

It’s an open world game.
The game is grounded and realistic. 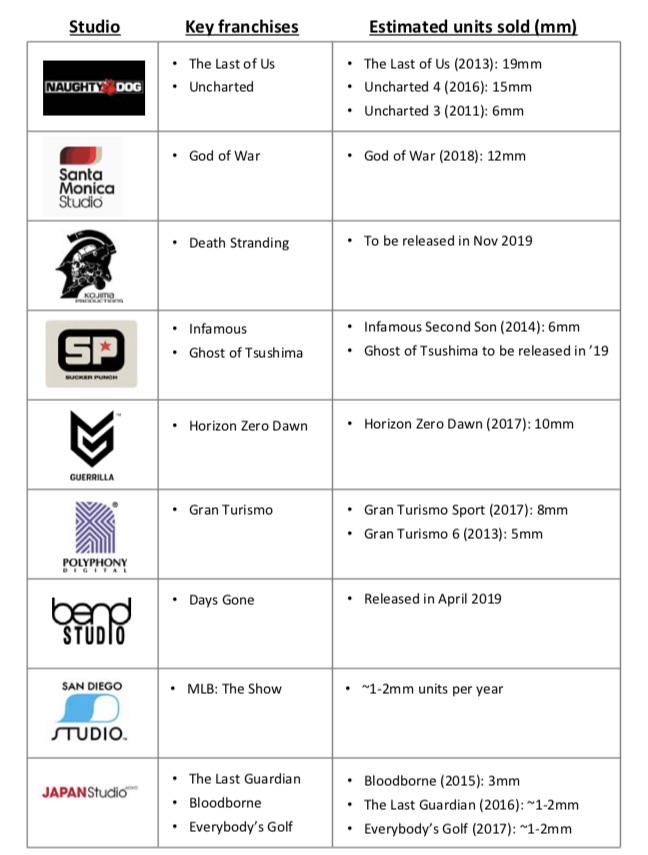 BTW, Ghost of Tsushima doesn't have a public release date yet, but it'll also be bumped later into 2020 to account for this delay. Don't expect them to suddenly turn it into a PS5 game or anything, but it was originally planned for the first half of the year - not anymore

Ghost of Tsushima -The Ghost | PS4

Ghost of Tsushima Will Offer No Waypoints For Open World Exploration, Still On Track For June 26


The game is set on the Island of Tsushima
Akira Kurosawa is mentioned as one of the sources of inspiration
The game begins with an attack on the Island of Tsushima from the invading Mongol empire
The Island of Tsushima has to be explored without waypoints to guide the player
Players will need to use their knowledge of the world and landmarks to explore and discover locations
The story will pass as the player will explore the world. Titles will tell how much time has passed since the invasion
Enemy blood can be spilled with quick iaijutsu strikes
It is possible to roam around enemy camps undetected using the grappling hook
Jin can use gadgets like a sticky arrow and firebomb
There will be many allies as side-characters. The strength of their bond depends on the player's choice.

It's an open-world samurai adventure.

The game is grounded and realistic. There's no supernatural elements in this game.

The game is a original work of fiction they are not rebuilding history stone by stone.

Ghost of Tsushima is huge - the biggest game Sucker Punch has ever made by a wide margin.

You can play the game with a Japanese voice track. Even with a cast of mostly native Japanese speakers, they still have a dialogue coach for the game for authentic ancient Japanese.

The Game does have a photomode

This isn't going to be a UI heavy game

Swordplay and the horse is all mo-cap.

In the late 13th century, the Mongol empire has laid waste to entire nations along their campaign to conquer the East. Tsushima Island is all that stands between mainland Japan and a massive Mongol invasion fleet led by the ruthless and cunning general, Khotun Khan. As the island burns in the wake of the first wave of the Mongol assault, samurai warrior Jin Sakai stands as one of the last surviving members of his clan. He is resolved to do whatever it takes, at any cost, to protect his people and reclaim his home. He must set aside the traditions that have shaped him as a warrior to forge a new path, the path of the Ghost, and wage an unconventional war for the freedom of Tsushima.

There a lot of stories in the game that you may not find them all.

The game will feature NO waypoints

There are many side characters in the game, most which have sidequests.

Each area in the game has a different theme. That reflects to different stories and narrative themes for each area. The name of the area on the demo is "The forest of no return". Features betrayal stories with darker tone

You will roam vast countrysides, explore billowing fields, and tranquil shrines to ancient forests, villages and stark mountainscapes,bamboo forests to the urban center of ornate castles

They want to give players alot of navigational options ,we seeing horse riding, parkour and Jin swinging with the grappling hook so far

Dynamic time of day and weather , we seeing snow, and rain areas so far

Simulated clouds. All dynamic, not painted, never going to be seen twice

If you roll around a lot in the mud you will be completely cover. If it starts raining it washes away all the mud and blood

The trailer with Masako from E3 was a side mission

Jin will change what he is wearing. In a rain-drenched part of the world Jin has traded his traditional armor for a straw raincoat called a mino. This has both mechanical value and narrative value.

The theme of the combat is "mud, blood, and steel". They want a feeling of intensity and danger in the combat

Master the bow to eliminate distant threats with lethal precision

An adaptive landscape and organic approach to combat makes Tsushima the perfect playground for mixing and matching skills, weapons, and tactics to find the perfect combat blend for your play style

As Jin's story unfolds, versatility and creativity will become your greatest weapons.

You can customize your katana

They want every swing to feel real, so every hit that connects leave a scar.

There is a progression system. Jin has learned to use a grapple hook but this is not part of his samurai training. He's had to learn new tricks to silently kill the Mongols

Duels in the game is going to be very narrative base they want to build the tension, each duel will be around some unique element like the red tree

The square button will swing your sword

You parry with L1

You can clean your blade with a button

?he chain assassinations we seen in the trailer you must hit the button at the right time to go to the next one there is a time period

Assassinations are one of the tactics you can use. There's a fear factor here. If you do successfully assassinate someone then it stuns the other enemies around you and gives you an opportunity to perform follow-up attacks

You can perform horseback assassinations

Weapons we seen so far, swords,bows, stun/flash bombs and big possibility of more

Where Jin stabs someone though a screen is call the Shoji assassination.

Ghost of Tsushima - A Storm is Coming Trailer | PS4