"Here it is: GM3M3G9D92C6
You'll need to redeem it here www.forhonorgame.com/betaredeem
Log in with your Uplay account, select the platform you wish to play on, and redeem the code above to unlock your access to the Closed Beta. You will get your access key and more information by email. Please note that if you play on PC the game will automatically be added to your Uplay library."

Run Uplay in Admin mode: right-lick on the Uplay icon > Properties > Compatibility and choose ‘Run this programme as an admin’
Workaround 2

Disable anti-virus software or add the game and Uplay to the list of exclusions
If you’re running BitDefender you’ll need to disable ‘Active Threat Control’, if adding the game to the exclusion list doesn’t fix it
Workaround 3

If you’re running on an Intel integrated GPU, try forcing the dedicated GPU instead: under the “Manage 3D Settings” tab in the Nvidia control panel, navigate to your game’s .exe and specify which GPU to use from there.
Workaround 4

Ensure the game is installed on your C: drive
Workaround 5

Try unplugging your controller/non-essential peripherals then launch the game again (you can reconnect it after launching the game)
Try temporarily disabling any software linked to the controllers.

For Honor beta: all known issues on PC, Xbox One and PS4 and how to fix them

[Crash in-game] Random crashes
This is a Closed Beta therefore players might experience random crashes throughout the game.
Workaround: Re-start the game. A crash log is automatically sent for investigation.
[PC] Disconnections
Disconnections were reported most often during the loading of a multiplayer match or at the end of a multiplayer match.
Workaround: Re-enter the matchmaking flow or re-start the game if needed.
[PC] Matchmaking Group Issues
Group leader who is the host of the session is sometimes unable to rejoin the same session.
Workaround: Depending on which screen the player is stuck, try backing out into the main menu or restarting the game.
[PC] NAT Type Group Issues
Groups with more than 1 Strict NAT are not recommended as they will not be able to reach matchmaking.
Workaround: Preferably invite friends with open or moderate NAT types.
[PC] Mixed Region Group Connectivity Issues
Users might encounter connectivity issues when grouping with players from other regions.
Workaround: It’s not recommended to create mixed region groups.
Glitches

[PC] uPlay Achievement
‘Achievement Unlocked’ pop up with blank thumbnail is displayed on Closed Beta build.
[PC] Duel rewards (1v1 VS AI)
User is presented with a pop-up stating that the Rewards will be added automatically when the response comes in. Rewards are not always sent in real time.
[PC] Group leader is kicked from the group
Group leader is kicked from the group after leaving the session with “quit with group” option.
Workaround: Currently no work around.
[PC] Host kicked from the group
After playing a “Custom Match” in a group, if the host selects “Change Options” in the post-match screen, he/she will leave the group.
Workaround: Currently no work around.
For Honor PS4 and Xbox One known issues
General Issues

[XB1] Returning players from Closed Alpha do not need to redeem the Closed Beta Key.
Workaround:
Press the XONE button in the center of the controller to access your Games & Apps section.
Select the Closed Alpha build and re-download it if previously deleted.
The game will auto-update to the Closed Beta build without a need for the provided key.
[XB1] Users cannot log in without changing “share content” privacy setting.
Workaround: Sharing content privacy, located under “Xbox Live privacy” > “Safety account settings” > must be set to «everybody»
[XB1 & PS4] Player’s progression is not saved before launching a multiplayer game.
If the player reboots the game before a multiplayer match, their progression will be lost (Faction, Emblem, and Tutorial)
Workaround: Player must launch at least one multiplayer game.


February 9th-12th is the Open beta, where you can pledge your sword to Knights, Vikings, or Samurai, then fight for your faction alongside your favorite generals! 
February 9th-12th is the Open beta, where you can pledge your sword to Knights, Vikings, or Samurai, then fight for your faction alongside your favorite generals! 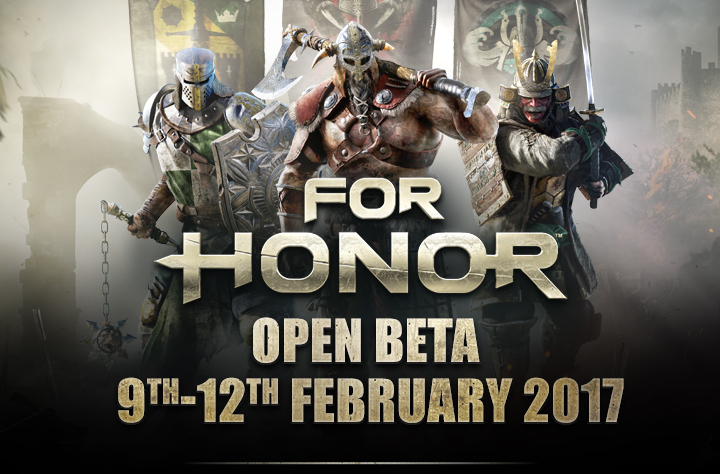