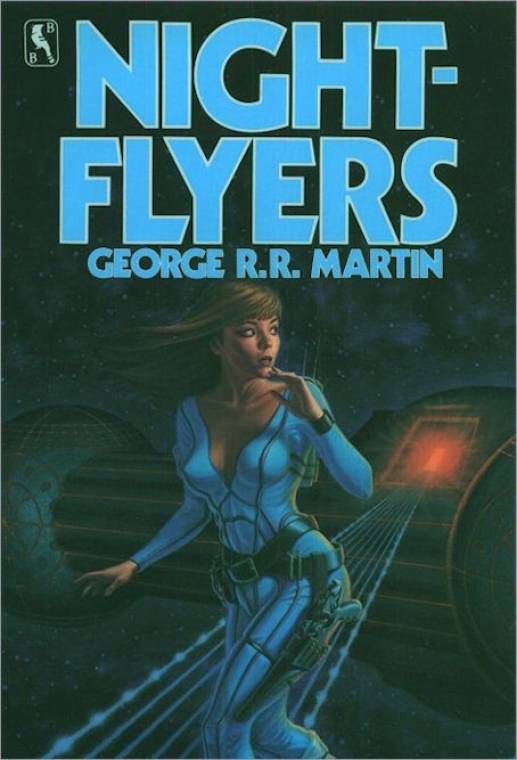 Nightflyers is a 1980 novella by George R. R. Martin, a 1985 short story collection by the same author that includes the novella, and a 1987 science fiction-horror film based on that novella.

The collection is the fifth by Martin and was first published in December 1985. It contains the following stories and novellas:

“Nightflyers” has officially been ordered to series at Syfy and set its main cast, the cabler announced Thursday.

The series is based on the novella of the same name written by “Game of Thrones” scribe George R.R. Martin. The story follows eight maverick scientists and a powerful telepath who embark on an expedition to the edge of our solar system in the hopes of contacting alien life. They travel aboard The Nightflyer – a ship with a small tightknit crew and a reclusive captain. But when terrifying and violent events begin to take place they start to question each other, and surviving the journey proves harder than anyone thought. The network revealed they were developing the novella as a series back in May. It was previously adapted into the 1987 film of the same name.

Will there be tits and wine? :)

Set in the year 2093, NIGHTFLYERS follows a team of scientists aboard The Nightflyer, the most advanced ship ever built, as they embark on a journey to find other life forms. Their mission takes them to the edge of the solar system, and to the edge of insanity, as they realize true horror isn't waiting for them in outer space--it's already on their ship.

Ravno obratno. Trailer ni bil hud. Pravzaprav zelo "B production".
There will be chutes!
It came from the lab.
Like tears in rain. Time to die. v_1 2012-21