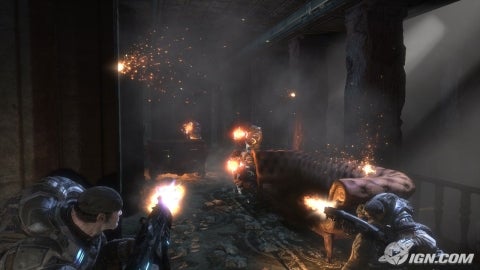 Nintendo's Wii, IBM and the 750CL
By Gabriele Svelto (Recent posts)
Wednesday, October 25, 2006 11:40 AM EDT
I was following a HUGE thread on Beyond3D filled with speculation about Wii's hardware so I decided to dig a bit more info as I had done back in the GameCube days. This led me to notice something I didn't spot before.

When IBM announced the 750CL I just thought that it was a lower-power version of the 750CX/750CXe just like the 750FL and 750GL are lower-power versions of the 750FX and 750GX. Well, I was wrong. After looking into the data-sheet I noticed something weird, the pipeline is changed, the FP functional unit has a 'paired pipe'. This suggests the availability of SIMD FP ops working on paired single-precision FP values, one of the main features of the Gekko processor. The datasheet also mentions that the L/S pipe has an unspecified int/fp conversion instructions labelled as 'quantization' which would suggest yet another feature of the Gekko processor, i.e. direct int-to-float and float-to-int conversions thru the L/S pipe. Finally the cache structure and locking capabilities are the same and the bus controller is the improved 60x controller found in the Gekko and able to clock at up to 240MHz.

This leads me to believe that the 750CL is a shrink to 90nm of the Gekko processor, now able to clock at 900MHz (however 1GHz is also mentioned in the power consumption numbers). It is very likely thus that what we will see in the Wii is precisely the 750CL.

On a side note the power consumption numbers are fairly sweet, at the frequencies of the original Gekko the 750CL consumes between 1.7W and 2.0W.

* Up to 480p (NTSC) or 576p (PAL/SECAM), will work with most TV or projector.
* Component (including Progressive scan), S-Video, or composite output
* 16:9 anamorphic widescreen support

You suck @ teh argumenting.

I win @ teh argumenting.