Kje pa. Zatiranje ukrajinščine ima dolgo zgodovino, ampak preskočimo par stoletij in zčnimo v 20.:
1911 – Resolution VIIth congress of the nobility in Moscow's only Russian-language education and the inadmissibility of the use of other languages in schools in Russia.[2]
1913 – Ukrainian banned from all public schools in Alberta, Canada, home to the largest Ukrainian diaspora community in the New World at that time.[2]
1914 – Prohibition of celebrating the 100th anniversary of Taras Shevchenko, the decree of Nicholas II prohibition of the Ukrainian press.[2]
1914, 1916 – Russification campaign in western Ukraine, the prohibition of the Ukrainian word, education, church.[2]
1922 – Part of the proclamation of the Central Committee of the RCP (b), and the Communist Party (b) the "theory" of the struggle between the two cultures in Ukraine – city (Russian) and peasant (Ukrainian), which should win the first one.[2]
1924 – Law of the Republic of Poland on limiting the use of the Ukrainian language in the administration, judiciary, education subservient to the Polish lands.[2]
1924 – Kingdom of Romania law on the obligations of all the "Romanians" who "lost their mother language," to educate children only in Romanian schools.[2]
1925 – Ukrainian final closure of the "secret" of the university in Lviv[2]
1926 – Stalin's letter to "Comrade. Kaganovich and other members of the Politburo of the Central Committee of the CP (B) U with the sanction of the struggle against the "national bias", the beginning harassment of "Ukrainization".[2]
1933 – Stalin's telegram to stop "Ukrainization".[clarification needed][2][7][8]
1933 – Abolition in Romania Ministerial Decree of 31 December 1929, which permits a few hours a week of the Ukrainian language in schools with a majority of students with the Ukrainians.[2]
1934 – A special order of the Ministry of Education of Romania's dismissal "for the hostile attitude of the State and the Romanian people" of all Ukrainian teachers who demanded the return to school of Ukrainian.[2]
1958 – Enshrined in Art. 20 Principles of Legislation of the USSR and the Union Republics on Public Education of the situation on the free choice of language learning, the study of all languages except Russian, at the request of students' parents.[2]
1960–1980 – Mass closure of Ukrainian schools in Poland and Romania.[clarification needed][2]
1970 – Order of the Ministry of Education of the USSR on academic thesis defense only in Russian language.[2]
1972 – Prohibition of party bodies to celebrate the anniversary of the museum Kotlyarevskyi in Poltava.[2]
1973 – Prohibition to celebrate the anniversary of Ivan Kotlyarevsky's "Aeneid."[2]
1984 – Order of the Ministry of Culture of the USSR on the transfer proceedings in all the museums of the Soviet Union, the Russian language.[2]
1984 – Back to the USSR payments increased by 15% of the salary for teachers of the Russian language in comparison with teachers of Ukrainian language.[9][clarification needed]
1989 – the decree of the Central Committee of the CPSU on "legislative consolidation of the Russian language as a nationwide".[2]
1990 – adoption by the Supreme Soviet of the USSR Law on the languages of the peoples of the USSR, where the Russian language was granted official status.[2]
2012 – The Verkhovna Rada of Ukraine draft law "On State Language Policy", which steadily narrowed the scope of use of the Ukrainian language in most of the regions of Ukraine.[10][11]
2014 – The Ukrainian language has been suppressed in Crimea,[12][13][14][15] Luhansk People's Republic,[16][17] and Donetsk People's Republic[18][19][20][21] (see Occupied territories of Ukraine).
https://en.m.wikipedia.org/wiki/Chronol...

https://twitter.com/Blue_Sauron/status/...
A very clear drone footage of the downing of the Russian helicopter.

https://twitter.com/0AfLcgZf7N6BrQj/sta...
Strong explosions in Krasny Luch under the control of the Armed Forces of the #Russian Federation of the Luhansk region. Residents write that an ammunition depot is exploding

https://twitter.com/0AfLcgZf7N6BrQj/sta...
Great #Britain has acquired and is repairing more than 20 M109 self-propelled guns from a #Belgian arms company, which it will send to #Ukraine, said British Defense Secretary #Ben_Wallace.

https://twitter.com/mdmitri91/status/15...
In a rollercoaster of a call, the Russian invader complaints to his mother he is desperate to get out of Ukraine. The woman admits she sees no way of helping him. This interception was provided by GUR intelligence service of Ukraine. 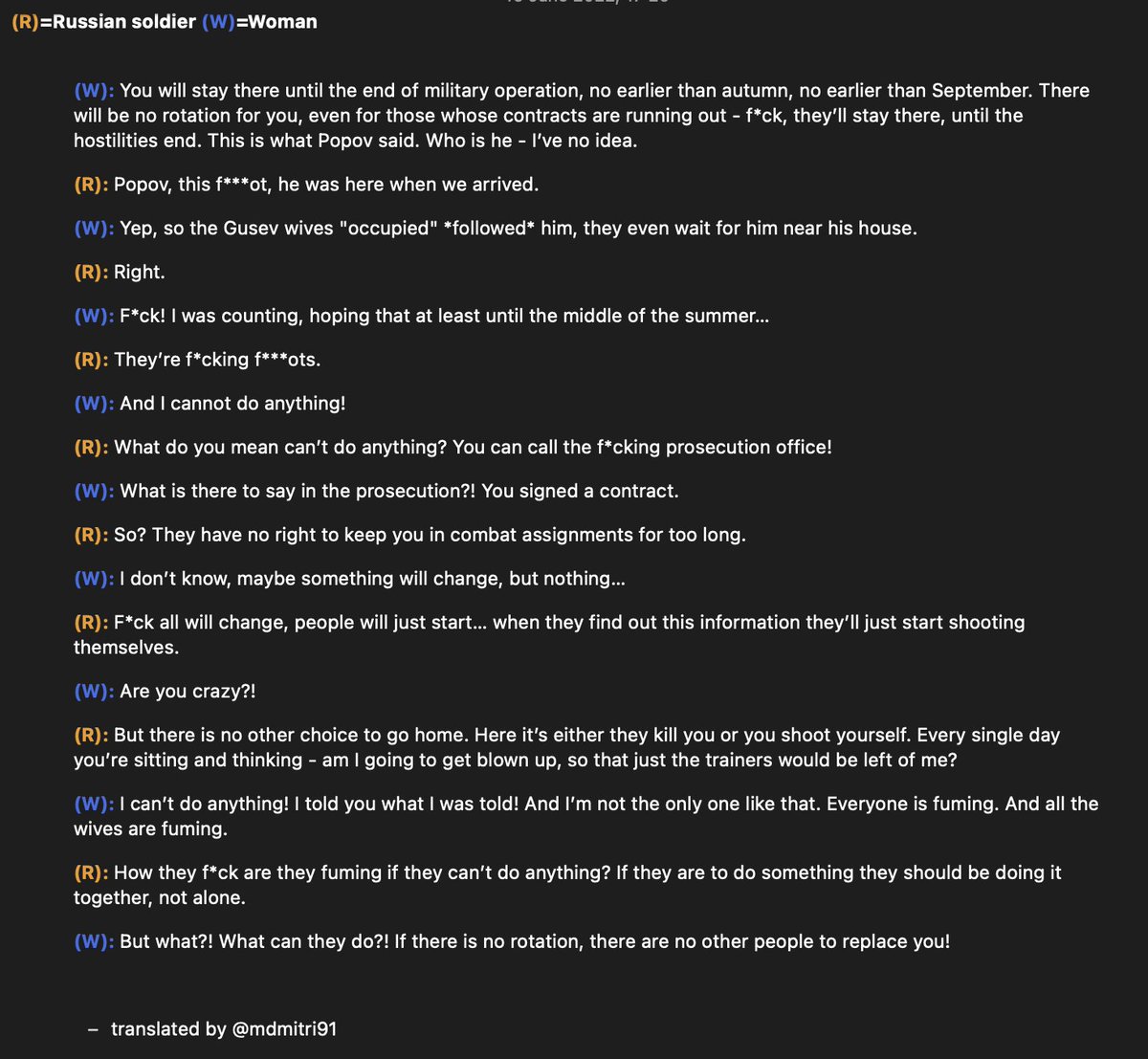