System Shock 3 is real, and in development at Otherside Entertainment. Little else is known save that Otherside is counting down to a reveal in the early hours of next Monday morning (14 December).

Welcome to OtherSide Entertainment! We're a brand new game studio focused on rebooting classic game franchises. For our first title we're bringing back the classic Ultima™ Underworld franchise, which we're calling Underworld Ascendant™. Our team include some of the folks who created the original franchise. When we made the original we looked to redefine the fantasy RPG genre. With the reboot we're going right back to innovating, and our goal is to make the franchise more vital than ever. We are just getting started so little to see as yet, but rest assured, in the weeks to come we will be showing more and more. In the mean time we'd love to hear from you, because as fans you are an essential part of this franchise. Hit us up on Twitter @otherside_games and let us know what you loved about the Underworlds. Stay tuned here for updates and news.

ampak....we have yet to see how will it turn out. Čeprav SHODAN bi morala biti že v menopavzi by now.
Nazadnje preigral pred kakimi 10 leti.


With almost a century of experience between its team leaders alone

Deus Ex and Deus Ex: Invisible War's lead writer Sheldon Pacotti will be filling the role of design director, for example, while Arturo Pulecio brings a wealth of experience from the likes of Lord of the Rings Online, Dungeons and Dragons Online and Warhammer Online, as SS3's art director.

Jason Hughes--who played key roles in the development of Wing Commander, Star Wars, and Epic Mickey--assumes the position of tech director, and of course Spector himself played integral roles in crafting Underworld, System Shock and Deus Ex, not to mention Epic Mickey and its sequel Epic Mickey: The Power of Two.

Dick is out. Paper towels nearby. 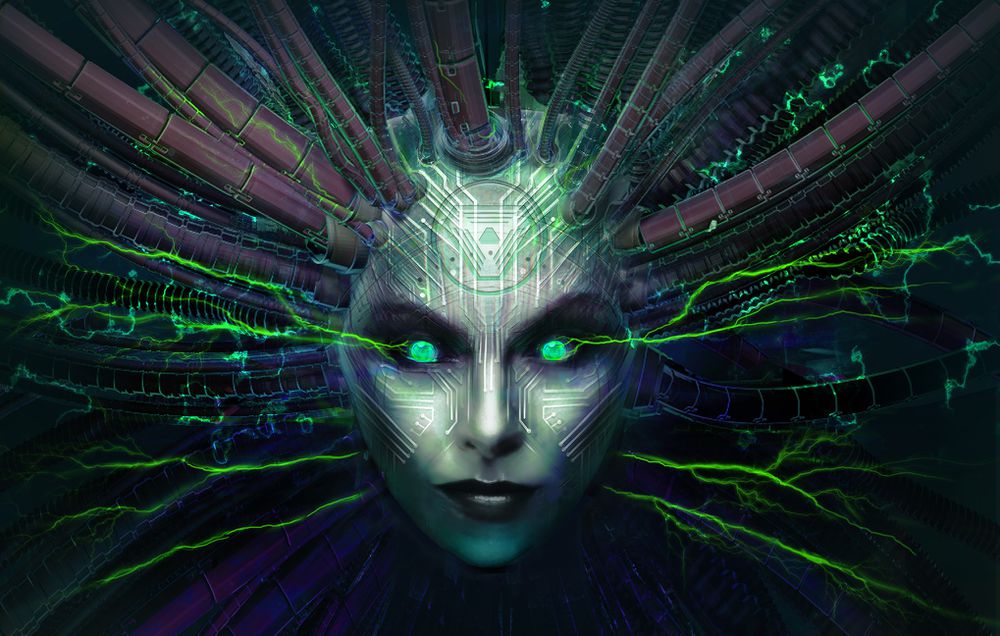 Today, Starbreeze announced a deal with Otherside Entertainment to publish System Shock 3. The Swedish company will invest $12 million to bring the game to PC and other platforms.

System Shock 3 is being developed by a team of veterans led by Warren Spector. It's still in early development, so don't expect it to be released anytime soon.

System Shock is one of those iconic franchises in the history of games that still gets my blood going and Mr. Spector is one of the founding fathers of the modern action RPG. We're greatly looking forward to bringing System Shock 3 to players world wide in our collaboration with Otherside Entertainment and Warren Spector's team. I'll be first in line to play.

tarstream by Starbreeze - premiering an exclusive live-streamed event May 10

Starting 9am PST / 12pm EST / 6pm CEST, the segments will include features and titles such as:

New images pull back the curtain on the series' return

Spector's return to the series comes more than 23 years after the original System Shock, hailed as an innovative action role-playing game at its time of release. Although he wasn't involved with System Shock 2, Spector told Polygon that returning to the series after two-plus decades was an easy decision.

"I produced System Shock and played System Shock 2 so I'm pretty familiar with the universe," Spector said. "And there were some fictional loose ends to explore and tie up. That sounded like fun. Also, SHODAN. You know what I mean?"

SHODAN, the A.I. being that terrorizes the player throughout every System Shock game, is absent from what we saw today. Yet she'll again play a significant role in System Shock 3, just as Spector told us last August. The game picks up where System Shock 2 left off, when -- spoiler alert for the 1999 RPG -- SHODAN takes the form of a human woman. 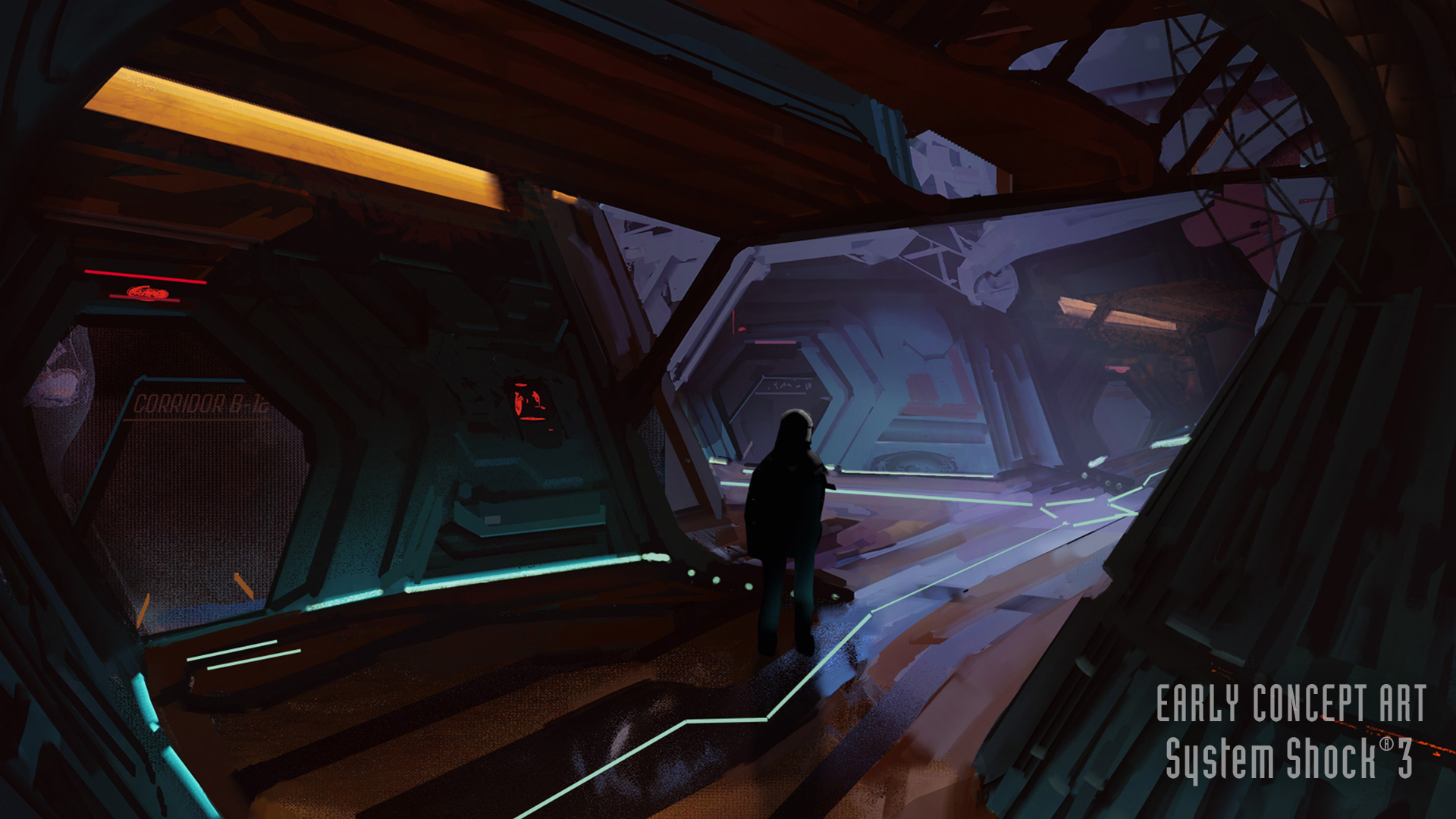 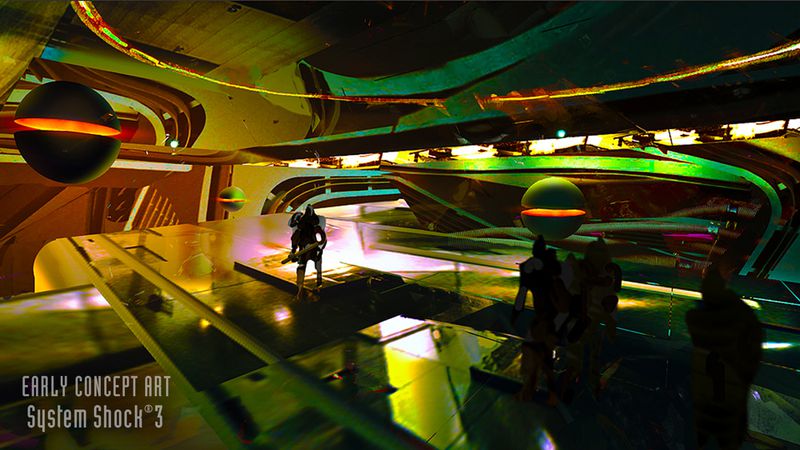 As genre-defining as System Shock 2 and its predecessor were in the 1990s, the concept -- "you alone on a space station," as Spector called it -- has come to feel commonplace these days, in the post-BioShock era. The recent release of Prey, which pays obvious homage to System Shock developer Looking Glass Studios in myriad ways, may further point to the genre's mainstream familiarity.

Now that System Shock's setting and storyline isn't quite so unique, is Spector concerned about System Shock 3 failing to stand out among the pack?

"I think having more immersive simulation games out there is all to the good," said Spector. "Based on what I've seen of Prey so far, there are some similarities but I assure you we're doing stuff that team didn't do, just as they did stuff we're not. I'm not worried about people getting confused."

System Shock 3 remains a ways ahead; it's due out on PC and consoles, but no release window has been specified. Spector mentioned during the Starbreeze livestream that the team would be "transitioning into pre-production" soon. For more concept art, check out the gallery below.

During that chat, we thought it might be impolite to not ask how System Shock Three is coming alongside. According to immersive sim luminary Warren Spector, growth is "just far enough along".

"Well, SHODAN will appear," Spector says. "And Citadel Station may make an look however in a really completely different type to what you're used to. I believe folks will likely be stunned.

"Beyond that, I suppose the hacker goes to point out up. That's actually all I need to say proper now, I'm sorry."


We have very much enjoyed working with Starbreeze on System Shock 3. They've been a great partner. As developers themselves they understand the challenges of game development and that's been refreshing. However, in light of Starbreeze's current situation, we decided together that it would be best for us to go our separate ways for now. We wish them the best of luck.

OtherSide is rolling forward with System Shock 3. Warren Spector has built a great team and the game is more than halfway completed. At its core, it already feels like a System Shock game, while at the same time introducing new elements to the franchise. As the original creators of the game, we want to see this game made as much as our fans do.

From Warren himself: "We parted ways with Starbreeze (amicably), which means we are in the process of lining up a new publishing partner. Happily, given the pedigree of System Shock and the progress we've made so far there's already a lot of interest. Has the situation affected development? Not really. The team is still, as we say, 'psyched and cranking' - in other words, continuing as normal. I'm confident we can bring System Shock 3 to market and have it take its place as a leading title in the immersive simulation genre."

System Shock 3’s search for a new publisher has attracted “a lot of interest”, according to OtherSide Entertainment, but the studio’s not ruling out self-publishing the game if it has to.

As Warren Spector told Gamespot, System Shock 3 will not feature any classes. Therefore, gamers will be able to create their own character from scratch. Not only that, but the game will also feature augmentations, similar to those found in Deus Ex.

OtherSide Austin, developer of System Shock 3, has had significant layoffs over the past few months. According to the LinkedIn profiles of those associated with System Shock 3, everyone from the senior producer to senior software engineer, senior graphics programmer, lead programmer and level designer all parted ways at the end of 2019.

Kotaku's Jason Schreier has got the inside scoop of sorts, admitting it's "Definitely accurate that they've downsized. I know Warren Spector is still working on the game, and working on finding a way to make it happen. Don't know how many other people are still there."

OtherSide is 'still here' and working remotely, but the fate of System Shock 3 is still unknown

Ownership of System Shock 3's website has been transferred to Tencent


Tencent is Asia's second-biggest company by market value ($490bn) and has invested in more than 800 companies including Epic Games, Activision Blizzard and Ubisoft.
«
1
2 »